Matthews is a quiet suburb located 11.9 miles away from the Charlotte area. If you’ve been thinking about going out of town or moving to a more peaceful community, Matthews might be a game-changer for you.

In this post, we’ll help you get to know Matthews beyond the lens of a tourist and see its hidden charm from its history to its vibrant commercial scene.

Being a top-rated dental provider in Matthews, Fine Arts Dentistry is happy to share with you the resources for Matthews and give you a glimpse of what our community has to offer.

Located at the southeastern part of Mecklenburg county, Matthews sits next to Stallings and Mint Hill, NC. It will only take a 20-minute commute from Charlotte to Matthews. which makes it an ideal location for workers and businessmen.

Due to its proximity to the big city, many families and young professionals choose to settle in this suburb. It’s now classified as a dense suburban mainly due to its strategic location.

The history of Matthews started during the 1800s where it used to be called Stumptown. It started as a small village of farmers coming from different descents that took over the ancestral homes of the Catawba and Waxhaw Indians in the area.

Fullwood is the second name given to Matthews inspired by its postmaster at the time John Miles Fullwood. Since stagecoaches were the only transportation during that time, Fullwood became a stagecoach stop for those who were traveling to Charlotte. It drew more residents and visitors to the town that helped boost the economic growth in the area.

When the railway was developed in the area, the station was named Matthews and soon became the name of the town. Since then, several businesses started to flourish downtown and now became the historical landmarks found at the heart of Matthews.

Today, Matthews remains a close-knit community where almost everyone knows each other. Most establishments downtown are within walking distance that makes exploring and running errands convenient.

Visitors can find a bunch of fun things to do in Matthews. We listed down some of the key landmarks that you may want to check out when you’re in town.

The historic downtown hosts a lot of restaurants and pop up shops in Matthews: If you’re looking for places to eat in the area, here are some of the popular foodie hubs that draw most visitors near Matthews:

COVID-19 Advisory: Services and operating hours may vary due to the COVID-19 restrictions in North Carolina.

Essential businesses and medical providers are also a 5-minute drive apart. Thus, making multitasking possible especially if you’re running errands like grocery shopping. In between the commercial establishments, you’ll find popular attractions in the area, such as:

Matthews is a haven for visitors who love the outdoors. It has plenty of parks to choose from and has every option suitable for various interests. If you’re into morning and afternoon strolls, the following parks have good trails perfect for walking and biking:

As part of the government initiative to boost environmental awareness among residents, they opened the Matthews Community Gardens for planting crops. Each resident who wants to grow their crops may reserve a plot of land every year and plant any type of crops and vegetables that they want to.

Sports junkies and training athletes may also enjoy the wide Mecklenburg County Sportsplex at Matthews. It has 12 fields for various types of sports that will surely delight the athletic visitor or resident. 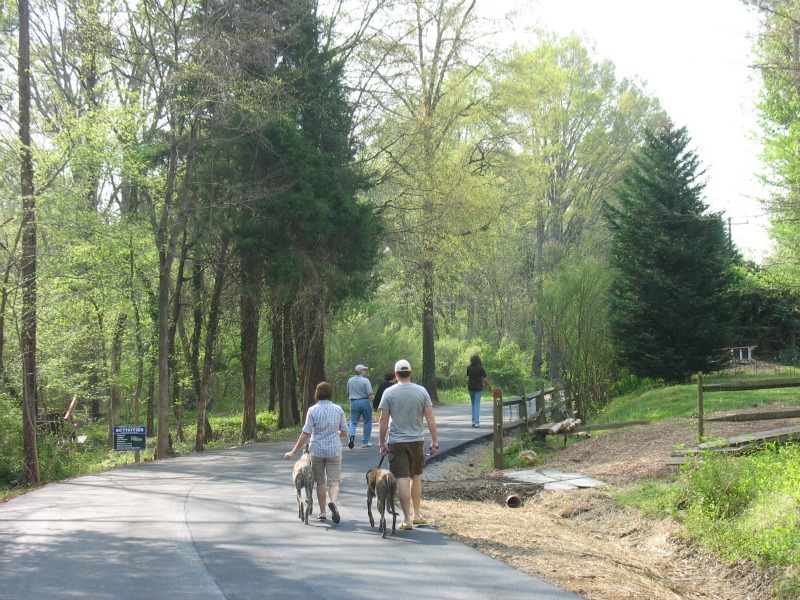 Downtown Matthews and its historic sites

Matthews has one of the longest standing historic sites in North Carolina. Renfrow’s Hardware, in particular, was established in the 1900s and still is in business today. Its original building is still intact along with the Funderburk Brother building and Reid House.

Due to the concentration of historic sites in the area, it was officially registered as Matthews Commercial Historic District in 1996.

Matthews has everything you’ll look for in a community. From commercial districts and access to the big city, it can give a perfect balance between the suburb and metro city lifestyle. If the resources for Matthews listed above piqued your interest, visit our suburb and be part of our diverse community.